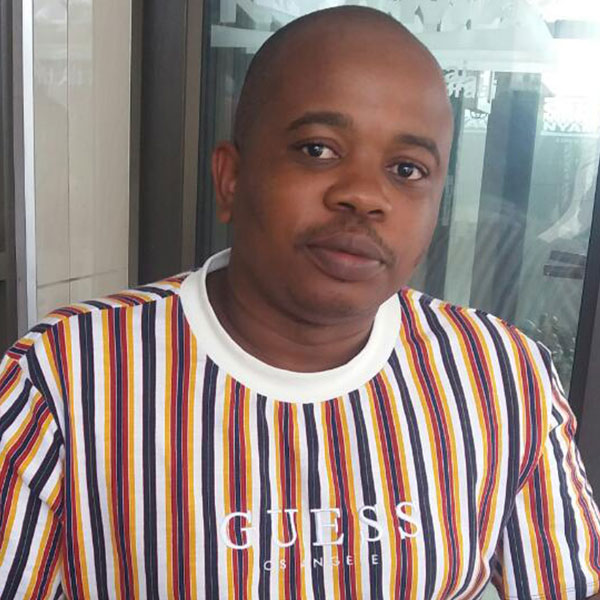 Dr Kudzayi Ndlovu, Technical Director at CHAPS Eswatini, has vast experience in the public health and private sectors. Trained at the University of Zimbabwe as a medical doctor, Kudzayi has worked in a clinical role for the Ministry of Health in Zimbabwe prior to joining Médecins Sans frontiers as a HIV and TB clinician in the Kingdom of Eswatini’s industrial hub of Matsapha. Kudzayi is currently pursuing a Masters’ degree in Epidemiology at the University of Witwatersrand. It was during his time with MSF that he developed a passion for public health and research, seeing the first-hand effects of morbidity and mortality related to HIV and TB on Swazis.

He then worked with His Majesty’s Correctional Services as a Chief Medical Officer, overseeing the medical fraternity within the organization. Key successes during his tenure at HMCS was the successful set-up of the laboratory for point of care tests, and the Test and Start campaign in the Correctional Facilities in 2015, with the help of PEPFAR partners. The success of these programs led to a decline in HIV and TB-related morbidity and mortality among inmates. Armed with his wealth of experience from the public sector, government, and the private sector in Eswatini, Dr. Ndlovu joined CHAPS in 2018 and brought key skills needed to increase the uptake and safety of VMMC in the Kingdom.

His stakeholder management skills are essential in rolling out the integration of VMMC services and eventual handover of sites. He is part of the CHAPS team that reached the highest ever number of circumcisions done per quarter, since the start of the VMMC program in 2009. His interest in research has seen him analyzing program data to improve the program in Eswatini.